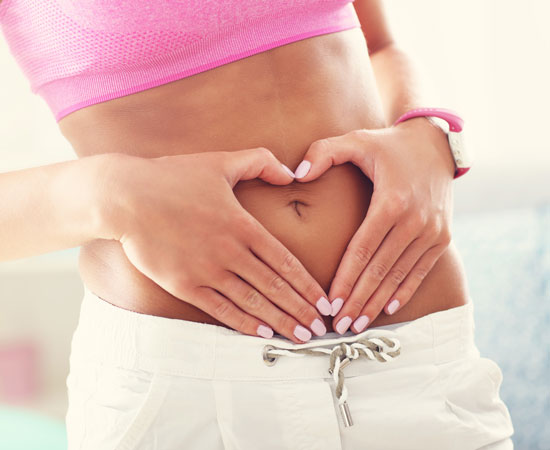 Your Digestive System and How it Works
The digestive system is a series of hollow organs joined in a long, twisting tube from the mouth to the anus (see figure). Inside this tube is a lining called the mucosa. In the mouth, stomach, and small intestine, the mucosa contains tiny glands that produce juices to help digest food.

There are also two solid digestive organs, the liver and the pancreas, which produce juices that reach the intestine through small tubes. In addition, parts of other organ systems (for instance, nerves and blood) play a major role in the digestive system.

Why is Digestion Important?
When we eat such things as bread, meat and vegetables, they are not in a form that the body can use as nourishment. Our food and drink must be changed into smaller molecules of nutrients before they can be absorbed into the blood and carried to cells throughout the body. Digestion is the process by which food and drink are broken down into their smallest parts so that the body can use them to build and nourish cells and to provide energy.

How is Food Digested?
Digestion involves the mixing of food, its movement through the digestive tract and chemical breakdown of the large molecules of food into smaller molecules. Digestion begins in the mouth, when we chew and swallow, and is completed in the small intestine. Absorption of nutrients occurs before the food reaches the colon (large intestines).The chemical process varies somewhat for different kinds of food.

Movement of Food Through the System
The large, hollow organs of the digestive system contain muscle that enables their walls to move. The movement of organ walls can propel food and liquid and also can mix the contents within each organ. Typical movement of the esophagus, stomach and intestine is called peristalsis. The action of peristalsis looks like an ocean wave moving through the muscle. The muscle of the organ produces a narrowing and then propels the narrowed portion slowly down the length of the organ. These waves of narrowing push the food and fluid in front of them through each hollow organ.

The first major muscle movement occurs when food or liquid is swallowed. Although we are able to start swallowing by choice, once the swallow begins, it becomes involuntary and proceeds under the control of the nerves.

The esophagus is the organ into which the swallowed food is pushed. It connects the throat above with the stomach below. At the junction of the esophagus and stomach, there is a ring like valve (lower esophageal sphincter) closing the passage between the two organs. However, as the food approaches the closed ring, the surrounding muscles relax and allow the food to pass.

Several factors affect emptying of the stomach, including the nature of the food (mainly its fat and protein content) and the degree of muscle action of the emptying stomach and the next organ to receive the stomach contents(the small intestine). As the food is digested in the small intestine and dissolved into the juices from the pancreas, liver, and intestine, the contents of the intestine are mixed and pushed forward to allow further digestion.

Finally, all of the digestible nutrients are absorbed through the intestinal walls. The waste products of this process include undigested parts of the food, known as fiber, and older cells that have been shed from the mucosa. These materials are propelled into the colon, where they remain, usually for a day or two, until the feces are expelled by a bowel movement.

Production of Digestive Juices
The glands that act first are in the mouth --the salivary glands. Saliva produced by these glands contains an enzyme that begins to digest the starch from food into smaller molecules.

The next set of digestive glands is in the stomach lining. They produce stomach acid and an enzyme that digests protein. One of the unsolved puzzles of the digestive system is why the acid juice of the stomach does not dissolve the tissue of the stomach itself. In most people, the stomach mucosa is able to resist the juice, although food and other tissues of the body cannot.

After the stomach empties the food and its juice into the small intestine, the juices of two other digestive organs mix with the food to continue the process of digestion. One of these organs is the pancreas. It produces a juice that contains a wide array of enzymes to break down the carbohydrates, fat, and protein in our food. Other enzymes that are active in the process come from glands in the wall of the intestine.

The liver produces yet another digestive juice -- bile. The bile is stored between meals in the gallbladder. At mealtime, it is squeezed out of the gall bladder into the bile ducts to reach the intestine and mix with the fat in our food. The bile acids dissolve the fat into the watery contents of the intestine, much like detergents that dissolve grease from a frying pan. After the fat is dissolved, it is digested by enzymes from the pancreas and the lining of the intestine.

Absorption and Transport of Nutrients
Digested molecules of food, as well as water and minerals from the diet, are absorbed in the upper small intestine. The absorbed materials cross the mucosa into the blood, mainly, and are carried off in the blood stream to other parts of the body for storage or further chemical change. As noted above, this part of the process varies with different types of nutrients.

Carbohydrates: An average American adult eats about half a pound of carbohydrate each day. Some of our most common foods contain mostly carbohydrates. Examples are bread, potatoes, pastries, candy, rice, spaghetti, fruits, and vegetables. Many of these foods contain both starch, which can be digested, and fiber, which the body cannot digest.

The digestible carbohydrates are broken into simpler molecules by enzymes in the saliva, in juice produced by the pancreas, and in the lining of the small intestine. Starch is digested in two steps: First, an enzyme in the saliva and pancreatic juice breaks the starch into molecules called maltose; then an enzyme in the lining of the small intestine (maltase) splits the maltose into glucose molecules that can be absorbed into the blood. Glucose is carried through the bloodstream to the liver, where it is stored or used to provide energy for the work of the body.

Table sugar is another carbohydrate that must be digested to be useful. An enzyme in the lining of the small intestine digests table sugar into glucose and fructose, each of which can be absorbed from the intestinal cavity into the blood. Milk contains yet another type of sugar, lactose, which is changed into absorbable molecules by an enzyme called lactase, also found in the intestinal lining.

Protein: Foods such as meat, eggs and beans consist of giant molecules of protein that must be digested by enzymes before they can be used to build and repair body tissues. An enzyme in the juice of the stomach starts the digestion of swallowed protein. Further digestion of the protein is completed in the small intestine. Here, several enzymes from the pancreatic juice and the lining of the intestine carry out the breakdown of huge protein molecules into small molecules called amino acids. These small molecules can be absorbed from the hollow of the small intestine into the blood and then be carried to all parts of the body to build the walls and other parts of cells.

Fats: Fat molecules are a rich source of energy for the body. The first step indigestion of a fat such as butter is to dissolve it into the watery content of the intestinal cavity. The bile acids produced by the liver act as natural detergents to dissolve fat in water and allow the enzymes to break the large fat molecules into smaller molecules, some of which are fatty acids and cholesterol. The bile acids combine with the fatty acids and cholesterol and help these molecules to move into the cells of the mucosa. In these cells the small molecules are formed back into large molecules, most of which pass into vessels (called lymphatics) near the intestine. These small vessels carry the fat to the veins of the chest, and the blood carries the fat to storage depots in different parts of the body.

Vitamins: Another vital part of our food that is absorbed from the small intestine is the class of chemicals we call vitamins. There are two different types of vitamins, classified by the fluid in which they can be dissolved: water-soluble vitamins (all the B vitamins and vitamin C) and fat-soluble vitamins (vitamins A, D, E, and K).

Water and Salt: Most of the material absorbed from the cavity of the small intestine is water in which salt is dissolved. The salt and water come from the food and liquid we swallow and the juices secreted by the many digestive glands. In a healthy adult, more than a gallon of water containing over an ounce of salt is absorbed from the intestine every 24 hours.

Gastrin causes the stomach to produce acid for dissolving and digesting some foods. It is also necessary for the normal growth of the lining of the stomach, small intestine, and colon.

Secretin causes the pancreas to send out a digestive juice that is rich in bicarbonate. It stimulates the stomach to produce pepsin, an enzyme that digests protein, and it also stimulates the liver to produce bile.

CCK causes the pancreas to grow and to produce the enzymes of pancreatic juice, and it causes the gallbladder to empty.

Even more important, though, are the intrinsic (inside) nerves, which make up a very dense network embedded in the walls of the esophagus, stomach, small intestine, and colon. The intrinsic nerves are triggered to act when the walls of the hollow organs are stretched by food. They release many different substances that speed up or delay the movement of food and the production of juices by the digestive organs.